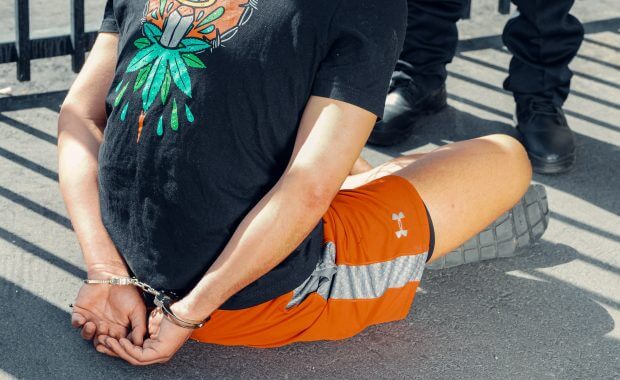 Is possession of drugs a felony in Georgia?

The possession of any amount of drugs can be considered a felony in the State of Georgia. However, the amount of drugs involved can make a simple possession case turn into something much more serious. While there are multiple reasons our communities can benefit from relaxing oppressive drug laws, and decriminalizing simple possession, lawmakers continue to support strict drug enforcement as part of our nation’s failed war on drugs. Hence, this blog explains the consequences you face when charged with possession of drugs. If you have further questions about your case, contact us to schedule a consultation and discuss your options.

If you have been charged with a drug related crime in Georgia, you may have noticed “VGCSA” on your accusation or indictment. VGCSA means Violation of the Georgia Controlled Substance Act. Likewise, the Georgia Controlled Substance Act defines the schedules of illegal drugs based on their potential for abuse, accepted medical use, and level of dependence.

What are the penalties for possession of drugs?

Other than Marijuana (cannabis), any amount of a controlled substance can be a felony offense. Consequently, you can face a minimum sentence of one year in prison. For example, the chart below provides a general summary of the potential consequences based on the amount of drugs involved.

*PUNISHMENTS MAY INCREASE BASED ON OTHER FACTORS*

What is Possession with Intent to Distribute?

In certain circumstances the quantity of drugs alone will allow the State to charge you with possession with intent to distribute (PWID). In addition, evidence such as baggies, scales, cash, individually packaged drugs, or a confidential informant to can result in a PWID charge. In that case, you could face up to 30 years, 40 years, or even life in prison if convicted of PWID.

What does Trafficking drugs mean?

Is Possession of a Prescription Drug Illegal?

It can be. For instance, if you don’t have proof that your prescription is current, and accurate, and in the proper container, you may be charged with felony possession of drugs. Also, many officers find it easier to charge and arrest you rather than sort these details in advance. Consequently, it will be the responsibility of your criminal defense lawyer to present these facts to a prosecutor and judge.

Has Georgia decriminalized Possession of Marijuana?

No, however different jurisdictions treat small amounts of marijuana differently. As a result, many lawmakers and law enforcement officials continue to support excessive punishments related to marijuana. Most importantly, you should never plead guilty to possessing marijuana until you speak with a criminal defense attorney first!

Is there a legal defense to fight a drug charge?

YES, and for that reason you should never talk to the police without talking to a lawyer first. The Awad Legal Team has successfully defended our clients and obtained dismissals and resolutions that resulted in no jail time. Our office has also helped clients facing drug charges avoid criminal convictions.